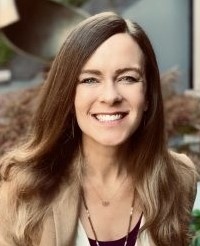 Prior to joining the National Police Foundation, Maureen spent a decade with the federal government in various roles with the US Department of Justice and the US Department of State. She served as Senior Policy Advisor to the Director of the National Institute of Justice – the USDOJ’s research, development, and evaluation agency – where she led agency efforts to advance evidence-based policing, improve the representation of women in policing, and implement systems-level criminal justice reform initiatives. Additional federal experience includes serving as counsel on terrorism prevention to the Deputy Attorney General, Special Assistant U.S. Attorney for the District of Columbia, and coordinator for federal AIDS relief efforts through the U.S. Embassy in Kigali, Rwanda.

Maureen is a member of the FBI’s Law Enforcement Education and Training Council, an executive board member for the American Society of Evidence-Based Policing, and is a recent public leadership executive fellow with the Brookings Institution.  Maureen is an attorney and earned her J.D. from the George Washington University Law School.