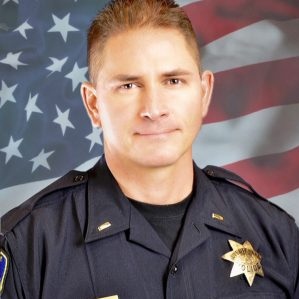 Jason Potts is a Lieutenant with the Vallejo Police Department where he has served for 17 years. He is also a National Institute of Justice (NIJ) LEADS Scholar and a Police Foundation Fellow. Jason’s research interests include body cameras and their affect on policing strategies, license plate readers, police data limitations, and cognitive interviewing techniques. Along with his duties as a Lieutenant in the Patrol Division, he is also a Reserve Special Agent with the Coast Guard Investigative Service where he frequently travels to Fort Leonard Wood Missouri to help instruct trauma-informed interviewing techniques to Army CID Special Agents.

Jason has a background in major case, narcotics and gang investigations and has served on the Vallejo Police Department SWAT Team. He recently completed a practitioner-led randomized controlled trial in partnership with BetaGov where they sought to test the effectiveness of license plate readers and has presented his findings all over the country. He is presently leading an additional theft deterrence trial with BetaGov to test the effectiveness of additional focused patrol, crime prevention flyers, ghost cars and GPS bait to combat auto burglaries during the holiday season. Jason possesses a Master of Advanced Studies (MAS) in Criminology, Law, and Society from U.C.Irvine.