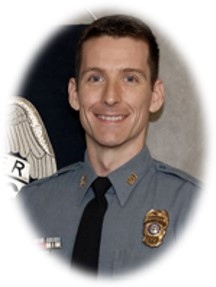 Captain Jonas Baughman is a 17-year veteran of the Kansas City Police Department (KCPD).  A native of the Kansas City area, Captain Baughman joined the KCPD after obtaining a B.A. in psychology from Creighton University.  He has held assignments in patrol, investigations, crime/intelligence analysis, and administration during his tenure.

Captain Baughman quickly found crime analysis to be his professional passion and he has held positions related to crime or intelligence analysis for the majority of his career.  He has served as a crime analyst; helped create the KCPD’s Real-time Crime Center and supervise its first team; directed a squad of detectives tasked with gang intelligence, and was assigned to the Office of the Chief of Police where he provided strategic analysis and other performance metrics to executive command staff.  Captain Baughman is currently assigned to the Fiscal Division within the KCPD where he oversees functions including purchasing of assets or services, payroll, and other budgetary tasks.

Captain Baughman’s primary interests include spatial analysis and predictive policing, as well as data mining and data visualization.  He is also interested in building upon his background in psychology through exploration of wellness programs for America’s law enforcement officers and their families. Captain Baughman also feels there is much to be learned by working with international police departments, allowing law enforcement agencies to leverage best practices from across the globe.